Can't see it unless the pre-ordained script is followed 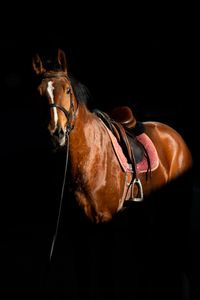 I usually don't watch the Kentucky Derby, but how could I resist watching the replay of the "biggest long shot ever!"

What struck me was how the announcer completely missed what was going on in real time.

The announcer's "blinders" caused him to miss the charge on the rail because his focus was somewhere else. His focus was on the expected outcome, the favorites.  He literally missed the dark horse. Rich Strike wasn't mentioned until the race was almost over.

Rich Strike won the race, something that wasn't expected to happen. The results were definitive in the Kentucky Derby.

What do I take away from this?

In today's media noise how many times is an unfolding story being ignored all because it isn't the "story" that is expected?

How much is being lost in the echo chamber because we are told what is suppose to happen instead of reporting on what is actually happening?

The narratives bombarding us are just like the announcer we heard calling the Kentucky Derby.

Lesson Learned? If you don't watch the rail, someone else is going to take the prize.